A tool for catching binary incompatibility in Scala

Based on the "Sbt plugins" category.
Alternatively, view sbt-mima-plugin alternatives based on common mentions on social networks and blogs. 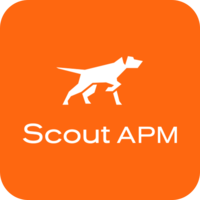 Do you think we are missing an alternative of sbt-mima-plugin or a related project?

MiMa (for "Migration Manager") is a tool for identifying binary incompatibilities in Scala libraries.

MiMa can report binary modifications that may cause the JVM to throw a java.lang.LinkageError (or one of its subtypes, like AbstractMethodError) at runtime. Linkage errors are usually the consequence of modifications in classes/members signature.

MiMa compares all classfiles of two released libraries and reports all source of incompatibilities that may lead to a linkage error. MiMa provides you, the library maintainer, with a tool that can greatly automates and simplifies the process of ensuring the release-to-release binary compatibility of your libraries.

A key aspect of MiMa to be aware of is that it only looks for syntactic binary incompatibilities. The semantic binary incompatibilities (such as adding or removing a method invocation) are not considered. This is a pragmatic approach as it is up to you, the library maintainer, to make sure that no semantic changes have occurred between two binary compatible releases. If a semantic change occurred, then you should make sure to provide this information as part of the new release's change list.

To use it add the following to your project/plugins.sbt file:

Add the following to your build.sbt file:

and run mimaReportBinaryIssues to see something like the following:

When MiMa reports a binary incompatibility that you consider acceptable, such as a change in an internal package, you need to use the mimaBinaryIssueFilters setting to filter it out and get mimaReportBinaryIssues to pass, like so:

You may also use wildcards in the package and/or the top Problem parent type for such situations:

Most MiMa checks (DirectMissingMethod, IncompatibleResultType, IncompatibleMethType, etc) are against the "method descriptor", which is the "raw" type signature, without any information about generic parameters.

The IncompatibleSignature check compares the Signature, which includes the full signature including generic parameters. This can catch real incompatibilities, but also sometimes triggers for a change in generics that would not in fact cause problems at run time. Notably, it will warn when updating your project to scala 2.12.9+ or 2.13.1+, see this issue for details.

You can opt-in to this check by setting:

The setting mimaFailOnNoPrevious defaults to true and will make mimaReportBinaryIssues fail if mimaPreviousArtifacts hasn't been set.

To make mimaReportBinaryIssues not fail you may want to do one of the following:

Setting mimaPreviousArtifacts when name contains a "."

To refer to the project name in mimaPreviousArtifacts, use moduleName rather than name, like

Unlike name, moduleName escapes characters like ., and is the name actually used by publish and publishLocal to publish your project. It's also the value your users should use when adding your project to their dependencies.